Paul Di’Anno speaks candidly about his proudest achievments to date, and reveals a defining moment where his music career began.

‘You know it was punk that woke me up, it was like a giant kick in the bollocks ! Before that I was always listening to music like Nazereth, Led Zeppelin and the like but punk got me fired up.

My influences have gotta be the Ramones, but I remember I was in my bedroom listening to the Sex Pistols when it really hit me you know, that’s what I needed to do’.

What has music given you ?

‘You gotta understand music is my life, it’s all I’m good at. It’s been faithful and true to me, as I am to it. I play all around the planet to some truly wonderful people.

I don’t like to use the word fan, because these brothers and sisters are all friends. They are truly awesome I love them and I think they know that. Having said that I still get nervous as fuck before shows. I’m a wreck but it’s the greatest high in the world, I absolutely love it’. 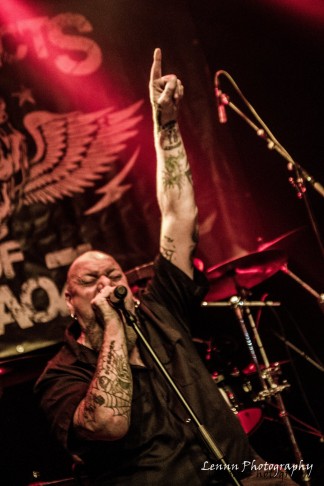 What other music do you listen to or go to see live ?

‘For checking out any musicians or bands I haven’t been out much as I’m waiting on surgery for a medical problem. So I’ve not seen any bands in England for ages but when I’m back in Brazil I always check out the usual suspects Sepultura, Krisium, Shocker and a few local club bands.

I had a great night at the Glen Hughes concert in Buenos Aries not long ago and of course my bands over in Brasil Scelerata and out in Argentina Doble Nuclear !’

Is there any music or musicians that you admire today ?

‘Of the music that I admire today there is too many too mention cos you have all the old punk stuff, but at a push it’s gotta be Judas Priest and Metallica’. 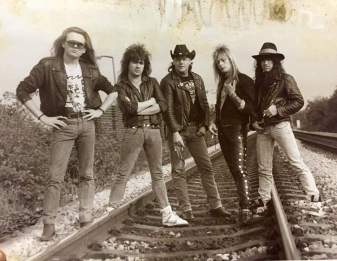 In your music career so far what are you most proud of ?‘

Looking back on my career the music I’m most proud of up to now is Running Free and the second Iron Maiden album Killers. After that in ’86 I released some good albums, Fighting Back by Battlezone, and the Killers albums. But you know the way I feel I’m sure there’s more to come’.