Bare Teeth line up : Greg (guitar and vocals) Titouan (guitar & vocals) Tom (bass & backing vocals) and Jérôme (drums). Greg talks about his influences…‘When I was a teenager, I began listening to rock music on the radio then after Kurt Cobain’s suicide came the punk/rock wave. Green Day’s album Basket Case was very appealing to me and that’s when I started playing guitar. During school holiday’s I would practice more than 8 hours a day playing over the Dookie album. Then I played in several bands, but I noticed that some of my friends had started to tour across Europe, that’s when I knew I wanted to do the same. We started playing shows pretty early with Bare Teeth. We played a bunch of local shows, then we went on tour and played in countries like Belgium, Netherlands and Germany. We also toured the UK in July this year. We are from Lille in the north of France, so it’s quite easy for us to move to different countries. If you want to upset our drummer Jérôme, just tell him he plays super fast. Not good, just fast. When we toured in Netherlands and Germany, he got told that every night after every show, but no one told him he was good … just fast !’ 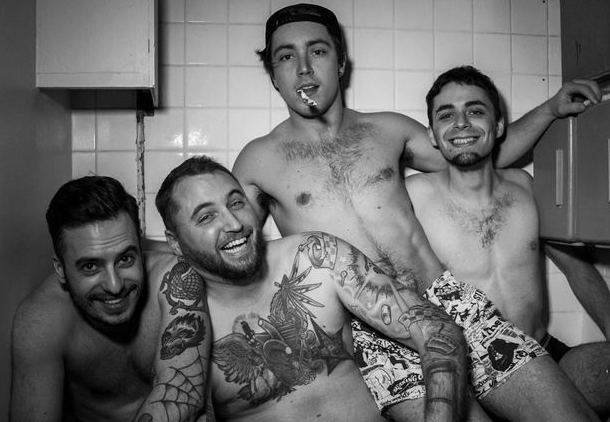 ‘We are really big fans of bands like A Wilhelm Scream, Propagandhi, Blink 182 and NOFX, but we also dig thrash/metal and hardcore music. We don’t really like putting labels on music, especially on ours’.

What were your experiences of recording ? ‘We released First the Town, Then the World in May this year. We recorded the ep in 2 different studios with 2 sound guys. First of all, we recorded the drums with Olive T’Servrancx at Boss Hog Studio. Olive is a good friend of mine and we played together in Fast Motion some years ago. Then, we recorded guitars and vocals at Sofa Studio with Romain Pouly. It took a long time because we all had a tight schedule. We have some guest vocals by Steve Rawles of Belvedere, he recorded them at Echo Base Studio in Calgary’. 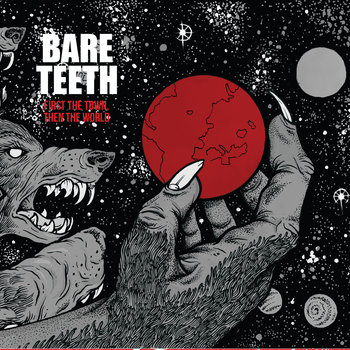 ‘Our songs were eventually mixed by Trevor Reilly of A Wilhelm Scream. Here again, it took longer than expected because we were late and Trevor had to fit it in many shows with his band. Mastering was done at Black and Blue Mastering Suite.
We feel very honored to have worked with Steve Rawles of Belvedere and Trevor Reilly of A Wilhelm Scream on our record. They are really nice dudes’.

What are the future plans for Bare Teeth ?  ‘We have some upcoming shows, including Funtime Festival with bands like Adhesive, Venerea, FOD.. and a tour in Italy. Our plate is far from full, so we’re still looking for more touring opportunites. We’re also working on new songs. I don’t know if we already conquered the town, but there’s a world we have to care about !

Tentation: Over the Mountain, January 5th 2018.