‘Every five years or so I still get very small royalty checks… about enough to buy a bag of chips!’

New Wave of British Heavy Metal band Tarot came from South Yorkshire. They formed in 1979 but folded in late 82′

‘There are no plans to reform. I have a four piece rock band called The Method and we play covers of band’s like Toto, Rush, The Who and Queen. We do about 30 gigs a year, we do it for the love !’

Who were your influences and how did you get involved in playing music ? Was there a defining moment when you said ‘I want to do that’ ?

‘I first got involved in music when I was asked to join a band soon after leaving school, and realised I wasn’t that bad at it! My main influences then were The Who, Queen, Joe Cocker and Alex Harvey.

My defining music moment was probably when I first heard Won’t Get Fooled Again then I bought the album, Who’s Next and played it to death! Also when I first heard Seven Seas of Rye by Queen. I’d never really heard anything quite like it before!’

When did you start playing gigs and what venues did you play. Was it in the immediate area or travelling long distances, and did you support name touring bands ?

‘I started playing in ’72 but my first gig’s with Tarot started in 1979 in working men’s club’s. The line up was me on vocals, Malc King on guitars, on bass we had Brian Redfern and Andy Simpson on drums.

We quickly started playing at recognised rock gigs of the day, Ford Green in Leeds, Boilermakers in Sunderland, in Halifax was The White Lion then over to Jenks bar in Blackpool’. 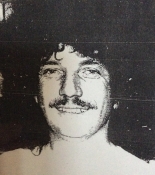 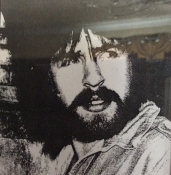 ‘We also supported bands like The Jags, John Parr, Fischer Z, Frankie Miller and Def Leppard -whatever happened to them ! On those gig’s we played the Universities, Newcastle Mayfair, Queen’s Hall in Bradford, we got to Doncaster, played The Cock and Lion in Bridlington and The Pier at Lowestoft.

Back in those day’s we got around the North a lot, we covered a lot of miles’. 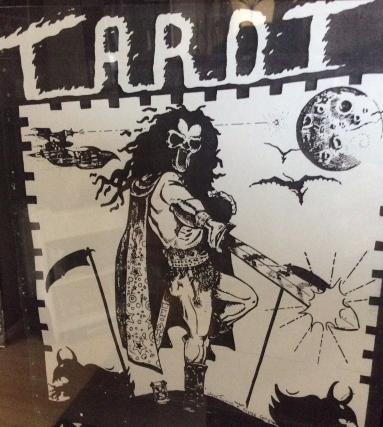 ‘From 1979-81 Tarot recorded three demo sessions, first was in Halifax where we recorded five tracks in one day. I can’t remember the studio name but I do recall it was on the fourth floor cos I nearly had a coronary carrying the kit up there !

Our second and third recordings were at September Studios in Huddersfield, where we recorded six tracks in all, three at each session.

I can’t remember how much the sessions in the recording studio cost, but coming from Yorkshire I guess it wasn’t mega expensive. HOW MUCH! Being the Yorkshire man’s mantra!’. 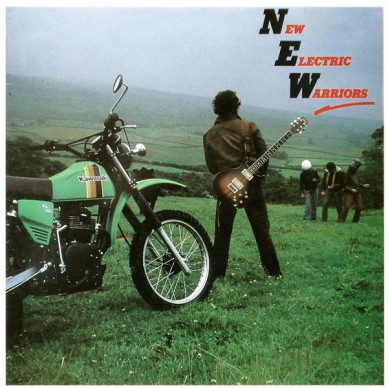 ‘The only published song from these sessions was Feel the Power which appeared on the compilation album – New Electric Warriors released in 1980.

I remember seeing the album in the local record shop, was a bit disappointed with the cover. You’ll know what I mean if you’ve seen it.

How that came about was someone got in touch with us via Sounds magazine I think, they had checked our name as we were in the metal chart most weeks.

Streetfighter were also on the album, I met their manager a few times. We did a gig with them at Leeds Uni and the BBC came to film some of it including us.

I’m sure it was something to do with Peter Sutcliffe the Yorkshire Ripper not sure why. I don’t remember it being shown on tv’.

‘We also done a mini promotional tour for the album. To be honest I don’t know how many copies of the album were sold back then. It was re-released as part of a triple box set of NWOBHM, which I bought a copy of.

I managed to by a cd version a few years back of New Electric Warrior’s and also a vinyl copy too! I still get very small royalty checks every five year or so, about enough to buy a bag of chips !’

‘All the Tarot material has just been released for the first time, on a remastered cd Rough and Ready. To order a cd you can contact me directly at horacedog@talktalk.net or the band via facebook page’.