‘Since joining the UK Subs I am more busy than ever, which I love. The UK Subs have a 40th anniversary gig in November, a UK tour then a 5 week tour of Europe. I’ve got a lot going on and always have since I first picked up a guitar after hearing Never Mind the Bollocks. Blew me away. It still does today’.

Who were your influences Steve and how did you get involved in playing music ? Was there a defining moment when you said I want to do that ? ’1970’s music was healthy at the time but nothing was opening the doors for me. Music was always there in the background like the glam rock thing, but it just wasn’t grabbing me. It was like black and white tv, nothing special.

But when punk came around it gave me that extra thing like colour tv. It just had that extra spark, that beauty. What can I say, it was incredible. I remember watching video clips from The Great Rock n Roll Swindle, songs from the Bollocks album – that made me want to do it myself.

Also listening to The Stranglers album, Rattus Norvegicus, and a lot of other punk stuff from 1977. That whole scene was electric. I rode the wave of punk rock to get into music first, then went back to the likes of 70’s glam to appreciate it. There was a keyhole to my musical heart and it was punk that opened it’.

‘Where I lived in Sunderland we had a healthy punk scene. Watching the likes of Red Alert at Monkwearmouth youth club was very influential. Watching lad’s from my area and who were just a little bit older made me realise that it can be done. Being in a band back then was more like being in a gang but extended with instruments. Punk gave you the ability to tell your story and release your frustrations’.

When did you start playing gigs and what venues did you play ? ’From the start I’ve been really busy gigging and recording. I haven’t stopped, over the years I’ve played in a number of bands. Way back in the early 80’s my first punk band Formal Warning played youth clubs and school halls in the Fulwell and Seaburn area of Sunderland where we lived. That lasted till around ’82.

As I got older I joined Red London and toured all over Europe. I then joined a band called Holy Racket. Again toured all over Europe. We played brilliant gigs but one great memory was supporting Rancid at the O2 Academy in Newcastle. Loved that. I’ve played guitar for the Lurkers touring around Europe with them from 2009 until 2012. I was guitarist for a couple of years in the Angelic Upstarts we played many great gigs including a USA tour.

I formed Hi Fi Spitfires and toured a lot in the UK and abroad. One great tour was supporting TV Smiths Adverts and toured with 999 in Germany. We have supported everyone in the punk world really, like The Damned at the North East Calling gigs. Since joining the UK Subs just over a year ago, we have played extensively in the UK, Europe and the USA. Is that enough for ya’ haha’. 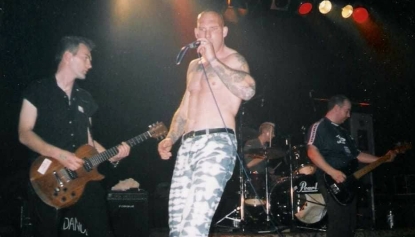 What were your experiences of recording ?  ‘Over the years I have recorded with all of those bands I’ve talked about. Best thing is I’ve kind of found my home when working with producer Fred Purser at Trinity Heights in Newcastle. Fred was once guitarist of the North East 70’s punk band Penetration.
Some of the bands who have recorded at Trinity are Angelic Upstarts, Toy Dolls, Red Alert, Red London, Holy Racket and Hi Fi Spitfires. Holy Racket recorded the album Anthems For The Doomed And Dazed there, North Rebel Radio and Subliminal Chaos all of which were released on cd. 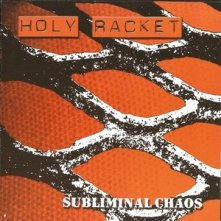 ‘We have always paid for everything ourselves, no record companies involved at all. If your serious about being in a band it’s obvious you have to record and release material. It’s not cheap to do it though. To record where we do it’s £220+ per day. On top of that there is the cost of pressing on cd or vinyl. The price of vinyl is unbelievably pricey. This is why I have only managed to do the vinyl route a couple of times. We are at the moment talking to a good friend who has agreed to put the money up to release our first album on vinyl like he did with our second’. 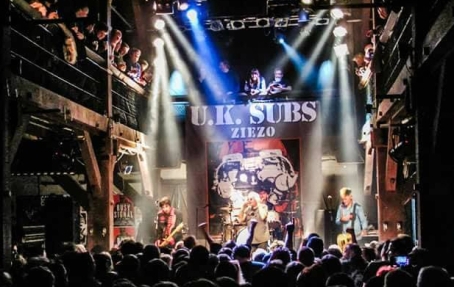 Have you any funny stories from playing gigs ? ‘I could honestly write a book. Here are just two. A long time ago I played a charity gig in Sunderland. A friend of mine asked if he could come along as he had not seen any live bands before. I remember beforehand he was a bit nervous meeting the rest of my band. He kept asking if everything would be ok. I kept assuring him that everything would be cool and there certainly would not be any kind of trouble as it was a charity gig.

As I got ready and packed my guitars he went to the shop and got some ale just to take the edge off as he was quite nervous around new people. At this point I just thought he was having a couple of drinks.

Fast forward to the gig and just before we went onstage he told us how grateful he was for letting him come with us. About 5 songs in I was aware that something was going totally wrong by the people’s faces in the venue. I turned to my side to see my once very nervous mate running round the stage and pogoing naked. The security was called and he was escorted from the building. We were told to get off the stage.

I asked why and the bouncer said, ‘shut up, get your gear off, your barred’. After the initial shock I laughed my head off all the way home. I think we gave those people something extra thanks to my mate’.

‘Years later I agreed for the same lad to come on tour with me in Belgium with the band I was in at the time Holy Racket. He assured me all the way there that he had learned his lesson and he wouldn’t do it again. There would be no repeat performance. I know he was very embarrassed about it.

During our performance on stage he was looking in a cupboard and found a horses head mask. He came running on the stage naked, with the horses head on and a sock fastened to his cock. I couldn’t play for laughing. I remember the audience loving it’.

‘Next stop for Hi Fi Spitfires are return recording sessions with Fred Purser at Trinity Heights, Newcastle. We are recording a 5 track cd called Doors To The USA. Yeah can’t wait’.