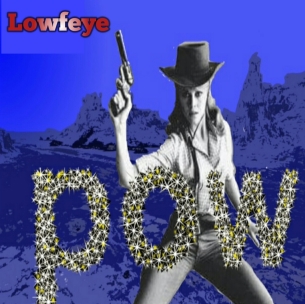 Having a conversation the other day about the lack of quality and choice of music on TV, you know the early evening programmes run by business men looking for the latest cash cow. It’s like being entertained by robots. Where’s the off button ?

The theme was also talked about in a recent interview on this blog with songwriter Carol Nichol (Radge Against the Machine November 15th 2017). Along with musician/producer Alan Rowland, they are Durham band Lowfeye and just in time to save me from death by robots their new album Pow, arrived in the post. 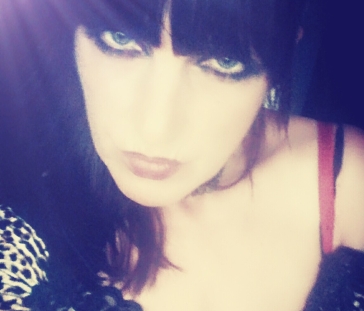 I had a few domestic duties and a pile of washing to iron so I popped on the cd, pressed play and pulled a pair of jeans over the ironing board.

Dynamite is first track in with a smooth, smothering tone. Ironically for an opening song it’s like the track played over the closing credits of a film. Songs on the album could underscore expensive perfume adverts or a movie soundtrack – get Tarantino on the line. Next up is Demons with it’s dreamy, velvety vocals reminiscent of the 90’s Bristol scene, home to trip hop bands Massive Attack and Portishead. Or the current dark sounds of The XX.
The smooth, claustophobic production continue to swim in the shadows until Six Foot Tall rips open the landscape to a bright, light widescreen, and the golden plains of South Dakota. It comes riding in on horseback to set you free just like Barbara Stanwyck in the opening scenes of cowboy movie Forty Guns…

’and you ride the rolling river and you’re standing six feet tall, hold on in the morning, hold on till dawn…yippee aye yay’…has Tarantino answered that call yet ?
Blinders and closing track Beautiful World return to the comforting sound of an album which is bursting with confidence and ideas. Yes it’s a perfect antidote to pop gunk blocking the airways, it’s a stoner album to take the blues away, it’s like turning a dial on the radio and finding a pirate station broadcasting an anti pop message – mute the robots. Press repeat, play again and hit the volume, there’s a couple more shirts to iron.