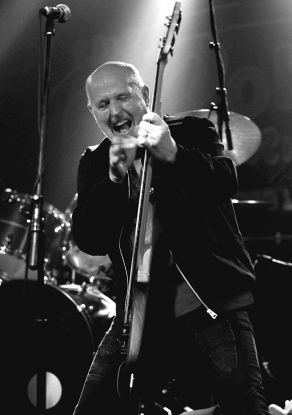 Andy Rowe used to be a member of NWOBHM band Firebird, who had ex-Deep Purple frontman Ian Gillan as a fan…’In 1979 we spent the day in Ian Gillans studio where we recorded a single with Gillan as producer’.

Andy looked back on his time in music and also brings the story up to date… ‘We are a Melodic Prog band called The Room, and are based west of London in Reading, Berkshire. We wanted to create a band that played very accessible progressive rock. Martin (vocals) had played in Neo Prog band Grey Lady Down (GLD) and favoured the prog side and I clearly came from a song based background.

From that blend we have created something that a reviewer once called weird…. In a good way…. He couldn’t pigeon hole us! We write damn good songs with great melodies and hooks that are not simplistic in their construction’.

When did you start playing and who were your influences ? ’I started playing music at the age of about 15 when my mum bought me a 6 string guitar for Christmas. I had been taking piano and violin lessons at school and they recognised that music was probably the one thing I was really interested in.

I formed a band in 1977 with a very close friend in the village we lived in and we played our first ever show on 7/7/77! We didn’t have any backline and there was a guy in the village we knew had contacts. He fixed it and off the van rolled a load of Marshall gear sprayed Koss. The guy had been the manager of Paul Kossoff (Free). What a start to a rock and roll journey for me.

My influences changed as I grew up. As a kid I loved the glam rock scene of Slade and The Sweet. It was great seeing The Sweet opening for Mr Blackmore this year. You forget what a great rock band they were. As the 70’s moved on I got into more classic rock with Purple and the Sabs and then into the edges of punk with bands like Eddie and the Hot Rods, then the amazing NWOBHM.

I worked as a roadie for a sound company and did a few tours with the likes of April Wine, Samson and Sledgehammer. As time moved on I found myself falling in love with the Doobies, Steve Miller and The Eagles. So I guess overall I have a very very eclectic set of influences’. 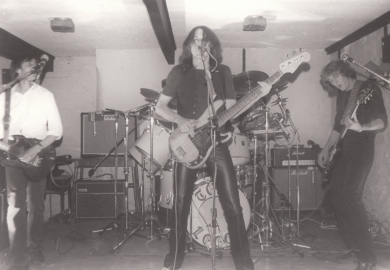 What is your experience of recording/studio work ? ’Following the first school band I joined a band in Reading called Firebird. We played around the pubs and clubs in the Reading area and were lucky enough to get the opportunity to spend the day at Ian Gillans studio Kingsway Recorders where we recorded a single released in 1979 with Gillan as producer. That was an amazing experience and was at the time when he rediscovered success with the Mr Universe album.

We did really well with the single making the Sounds rock charts. Ian Gillan even came to see us playing a show at a youth club on the outskirts of Reading. That was surreal. The band lasted a couple of years as the two guitarists were not really in love with the NWOBHM label that had been given to us’. 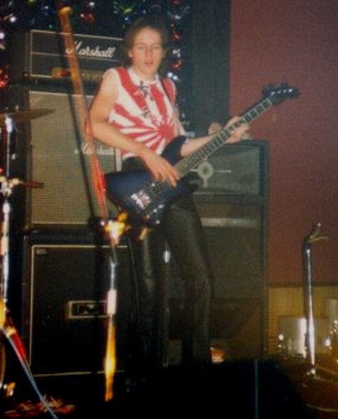 ‘I then joined a band in London, Prime Cut with the drummer from 70’s prog band The Nice. We were starting to make a real name for ourselves and I am sure that we were very close to a deal but I then decided to take time away from the business and enjoy family life.

What is in the future for The Room ? ’So far we have recorded two studio albums Open Fire released in 2012 on Melodic Revolution Records and Beyond The Gates of Bedlam in 2015 on Bad Elephant Music. Both albums were recorded at Platform Studios in Reading with producer and engineer Damon Sawyer.

In 2017 we released a live DVD of a show that we played at The Robin 2 in Bilston in the West Midlands. We have played some 50 or 60 shows in the last seven years and are very much a live act. We love the thrill of that live environment. We have opened for bands such as Focus, Wishbone Ash, Inglorious, Lifesigns, Soft Machine etc and play HRH AOR in March 2018. We are now starting to write our next studio album due for release in Autumn 2018’. 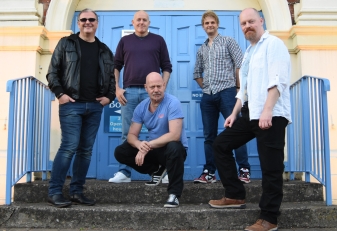