Guitarist Wojtec Widuch introduces the band… ‘Dark Rites was formed by drummer Randy and I in early 2016. We used to play together in quite a few bands back in late 90`s and early 2000`s. After a few years break we decided to start fresh with new ideas and new energy. Around June 2016 Oskar joined us on vocals, the whole line up was complete and we could focus on writing and recording music for our first album. We are dispersed all over the world at the moment. I live in the UK, Randy is in USA and Oskar in Sweden, so it is an international project, but thanks to technology we can still work together, rehearse and communicate on a daily basis. At the moment we are a studio band because of the distance, but after releasing our second album we will be looking to playing live’.

Checking their You Tube channel I came across ‘Hail of the Slain’. Hit play. It’s loud. The dogs in the street are howling. I turn the volume down. Still loud. An onslaught of brutal power. It reminds me of a Motorhead gig I went to at Newcastle City Hall in 2004. After showing my ticket to the doorman I walked straight ahead to the large doors of the venue. Music was pounding. The support band were already on. Who was it? As I opened the door my head jolted back. The sound wrapped around my whole body. What the feck is this? I stood at the back of the hall and got my bearings. Last time here was for a charity gig of songs and sketches from Tyneside actors Tim Healy, Jimmy Nail, Kevin Wheatley and former AC/DC vocalist Brian Johnson singing ‘Nutbush City Limits’….a canny Sunda’ afternoon entertainment. But this, this was my first live experience of thrash metal. This was loud. Bone crunching loud. This was Sepultura. And Motorhead are coming on later …and louder!!! 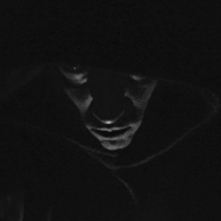 Back to the interview, who were your influences Wojtec ? ‘I can say that we are very open minded when it comes to music genres, so there is no a specific genre we want to stick to or listen to. Metal in general is our influence, but saying that Randy is really into the more extreme side of the genre. He likes his black and death metal but also into NWOBHM and bands like Iron Maiden. I started my journey through the metal world with Judas Priest then I was slowly progressing towards bands like Vader, Dark Funeral and In Flames. Oskars favourite metal genre is definitely Melodic Death Metal, he is really digging it and you will be able to hear it on our next album which we`re working on at the moment’.

How did you get involved in playing music ? ‘In our case it was a sort of dream big. We started listening to Metal in our early teens, and hearing all this power coming out of the speakers, seeing our idols of that time on stage performing live was something incredible. So we decided that we wanted to be one of those guys on stage and that’s how it all started. First with basic equipment somewhere in a garage, first gigs, first little demos recorded in really poor quality. But it was all fun with no YouTube video tutorials how to play but instead with just your ears and good mates playing our first power chords’.

Where do the ideas come for your songs ? ’I compose all the sketches of the songs, and my way of working in the studio is basically through rehearsing and jamming. I like when it all comes together very naturally, without forcing it. I never have a plan for a song, saying, ok now I need a fast song to put on the album and this is what I`m going to write now. If we like a riff, I record it and I work around it, but if I feel like I can`t progress with it, I`ll leave it and go back to it later. When the sketch of the song is done I will pass it on to Randy so he can get the drums ready and give me his opinions. Then finally Oskar will get his lyrics and vocals done at the end’.

How has the internet impacted on music ? ‘Internet is a great thing to promote Independent music and Independent artists. On our way we have met some amazing people through the internet. Radio DJ`s, presenters and promoters who, without any money will help you to start in this business. We have a YouTube channel which is a great way to share our music videos. We have our own Facebook page with almost 6,000 likes where we can share all the important band information. We also run a Dark Rites Official Group on Facebook where we encourage people to share their own music, their favourite bands and anything to do with music’.

What are your experiences of recording/studio work ? ‘Back in the day we paid a lot of money for a day or two in the studio to record our songs. It was very expensive and the quality was not always what we wanted due to lack of time. With Dark Rites we decided that we will record in our own home recording studios and this way we will achieve exactly what we want. So, recording, mixing and mastering is all down to us’.

Have you recorded any TV appearences or filmed any music videos ? ‘We released a few music videos on our YouTube channel to the songs from our first album and also a tribute cover of Iron Maiden song Wicker Man’.

What are the future plans for Dark Rites ? ’As I said previously, we are working on our second album at the moment. All the songs are written and we are putting the vocals together. Mixing and mastering will take some time but we hope that by mid 2018 the album will be ready for release together with some merchandise. We will be looking to play some live gigs and promote our music as much as we possibly can’.

P.S. The Motorhead gig in 2004 was raw. Lemmy played the ‘Is it loud enough for ya’ game. What do you think the response was. ‘Ace of Spades’ left the building, headed down to the Quayside, bounced back off the Tyne bridge, ricoched off St James’ Park then flew back into the City Hall just in time for ’Overkill’. Which did exactly that. Goodnight Newcastle.