Roksnaps are fan photographs which captured the atmosphere of concerts on Tyneside during the late 70’s and early 80’s. It was a time when rock and metal bands ruled the city halls up and down the country. On Tyneside we had the main venues of Mecca in Sunderland, The Mayfair and City Hall in Newcastle.

The gigs were packed with tribes of mostly young lads from different towns around the North East. T-shirts, programmes and autographs were hunted down to collect as souveniers – and some people took photographs on the night.
One fan who kept his photo’s and kindly shared them on this blog is John Edward Spence… 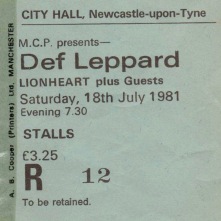 ‘The first gig I went to I was 15. It was on the 31st of October 1977 at the Newcastle City Hall and the band was Ritchie Blackmore’s Rainbow. The support band were called Kingfish. Rainbow came on really late and we missed our last bus home so one of friends had to phone his dad for a lift’. 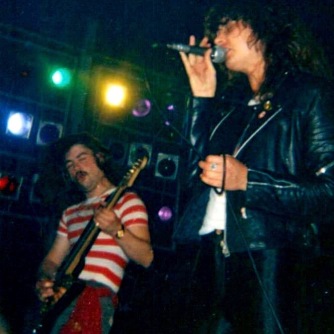 ‘Around October ’78 I decided to take my camera to a few gigs. I had a job so I bought a roll of film and some flashcubes, my camera was a Kodak 126. I couldn’t take it to every gig as the film and flashcubes used to make a dent in my pay packet’.

‘I used to go to loads of gigs at the City Hall and the Mayfair of course, that was my favourite venue. I was also lucky enough to see the bands associated with the NWOBHM, just loved the music around then’. 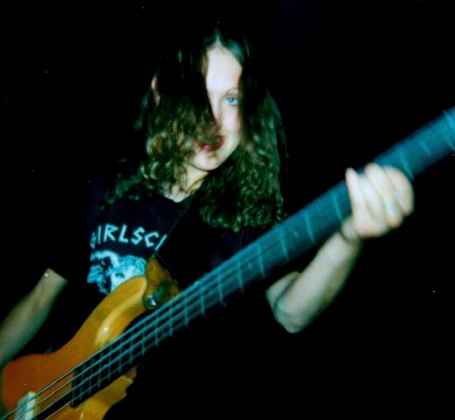 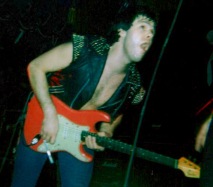 Fist at Newcastle Mayfair UK May 1980.

‘I don’t go to many gigs now. I always try and watch The Tubes when they come over, in fact the last gig I went to was to see The Tubes supporting Alice Cooper at Leeds, great gig’.

New Gang in Town – When Heay Metal Hit the Accelerator, May 2017.