‘Folk music for me is about the human condition and being able to express it without any classical training. The songs can be stories like Shakespeare, but condensed into four verses. They are very emotionally driven’.

What got you interested in music and was there a moment when you said ‘I want to do that’ ? ‘I think I was always a singer. I sang in the church choir and at school. There was a ‘Time and Tune’ lesson where I’d be the kid who sang really loudly…and in tune. I was brought up on Gene Autry and Johnny Mathis records but with regards to folk music there was a lot on television in the late 50’s, 60’s, and was very popular.

There was a feeling in the air that there was something other than Americanisation of folk music. There was a very influential radio programme called Folk on Two with Jim Lloyd which featured live artists. There was Tim Hart and Maddy Prior who later went on to be part of Steeleye Span. They were young, vibrant and sang traditional songs so it was a big leap from the Beverly Hillbillies on tv to finding out about my own culture.

Also Shirley Collins who played a folk opera Anthems in Eden, which was a celebration of everything within folk music. Yes, all that was very influential’. 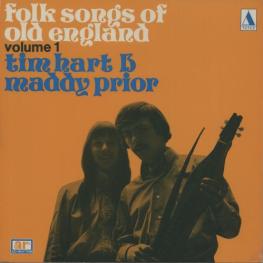 Was there anyone in your family background who had a musical instrument ? ‘I lived in Tyne Dock, South Shields until I was 7 year old. I was very outgoing, singing a solo in churches that sort of thing but my parents were very quiet, conservative and an attitude of don’t draw any attention you know? Completely opposite to me, was I really their child ha ha?

But there was no music in the family apart from a Sunday night when we’d get around the radiogramme and play our 78 records. There were folk songs at school we’d sing Scarboro Fair so there was a burgeoning folk scene coming on. You’d hear Bob Dylan, Julie Felix and Donovan on the radio, they were the acceptable face of folk. I used to try and play loads of instruments. I was given a tin whistle, a harmonica and a jaw harp but I couldn’t get on with them. The Spinners were on the television and The Dubliners were in the charts’.

‘I’d heard this music and it triggered something inside, it was almost primeval. To be honest it was unlike anything I’d ever heard before and I was very curious about it. Also, at 15, it was a chance to sing rude words. But the thing that really got me going was a folk club at school. I had a five string banjo like The Dubliners who we went to see at Newcastle City Hall, and that was ‘wow this is amazing’. So at school I was into the music that was more unpolished, out of tune almost.

There was a great wave of making music yourself which was appealing. At the school folk club musicians used to come and play for us, Jim Irvine, Jim Sharp, Jimmy Boyles and world renowned performers like Ed Pickford and Bob Davenport would come. Some of them ran a well established folk club at the Marsden Inn, South Shields.

There was also another at The County where we used to go sometimes when there was a performer on. They would get around £10 or something. The mc Bob ‘the gob’ Gilroy would let us in as the underage drinkers helped make up the fee for the performers. We would also go out to other folk music clubs so that would broaden our spectrum of what we’d see and hear. Places like The Glebe in Sunderland’. 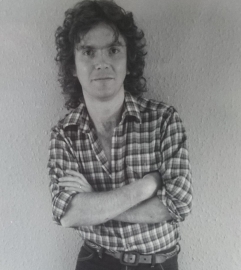 What was your experience of recording ? ‘I only had a reel to reel Ferrograph which was guaranteed mono. You had one microphone and placed it almost like the His Master’s Voice dog kind of thing. You didn’t make that many albums because it was a very costly process.

We recorded in about 74 or 75 made an album and toured Germany. It was with a band called IONA on Celtic Music here on Tyneside and I was very nervous. We had 8 tracks I think, and did everything live in the studio which was a small room about 12ft x 12ft as I remember. It sold well in Germany, but I didn’t make any money from it.

I’d played music properly from 1968, joined bands and busked then went to Leeds University and refined the way I played. I qualified from University as an agricultural zoologist. I started playing a lot of Irish music and met up with a load of old Irish guys in Leeds and learnt from them. If you weren’t good enough they would make a point of telling you. So you would practice, practice and practice. These guys were maestros of their time, in their 70’s and 80’s with this wealth of experience and dry wit.

The German folk scene looked toward Ireland as this Utopia of being folk you know, because the music was surpressed by Hitler. So when they took folk on board it almost became more Irish. Why was it supressed ? I suppose, at that time, it wasn’t German music for German people. They eventually found their own folk music and the Irish traditional music sort of went lower in want’.

Did you have a manager or agency ? ‘No it was very low key. In Belgium there was a manager Leon Lamall who ran a music venue called The Mallemolem (Crazy Windmill). He would organise tours in France, Belgium and Holland. I was with IONA 1975-79 and there was a lot of touring, 2-3 month at a time. We had a van to get around, have somewhere to stop and people are always willing to feed you but all the money went into the p.a. and promotion.

People would always offer to buy you a drink. You would get money at the end of the tour but people abroad would ask “what is your real job ?” ha ha’

Where did you go next ? ‘I had done some solo stuff when I met up with a Tyneside bagpipe and flute player from Jarrow called Mick Doonan. We did a lot of touring in 1980/81, every place we could around the UK. We ended up forming a band with The Mathews Brothers and did really well, incredibly popular but then they had a family argument and split up. After that some money went missing and that soured the whole thing. It left a bad taste.

Then I went solo and because I had family by then I stopped touring and stayed closer to home in Leeds and played the workingmen’s clubs. That was the early 80’s before backing tracks came in. My agent used to say ‘Will you play Batley Democratic Irish League Club’…’But last time they paid me off’ I replied…’Doesn’t matter… they’d take anybody’..ha ha. He’d say ‘How much do you want Tony’….’£89.50’ I said…’Bloody hell why do you want that’…’Because that’s how much the shower costs to install at home’…

Every song was another part of the shower. Just getting on with it you know. I was doing the folk clubs myself but when backing tracks came into the working men’s clubs I was redundant overnight. A guitar and voice was seen as very old hat. But to keep my hand in I worked on a BBC Leeds folk radio show plus I played at Whitby Festival for 17 years on the trot and compered at folk festivals during school holidays as I was teaching by then’.

What was your experience of working on radio ? ‘I was there around three years and the show was 45 minutes every week interviewing so many of my heroes. Loved it! At that time I was also writing a lot of my own songs. But as I say I started teaching a lot, still doing bits and pieces with the folk but really it wasn’t until 1999 when I got back playing and singing in folk clubs again.

I was offered to join a band again, go on tour, play at the Millennium Dome in London. It sounded so good. I checked the contracts and away we went. The first year was incredible, tour dates, hotels, theatres, festivals, everything fine… even got a bit of money. But unfortunately another family bust up and I found I was only getting a small percentage of the money. But hey that’s just the way it goes sometimes.

I’d been burned in the past. Now I’d been left high and dry just before an American tour was planned. But through a contact I got some storytelling work in schools and I took that around the country’.

What are you doing now ? ‘Well at the start of 2017 I started doing floor spots at Buskers nights and Open Mic’s around the North East. Last year I did around 150-180 spots. Nobody owes me a living… doesn’t matter whether I’ve played that club 25 years ago I’ll still play the floor spot. It’s about how to get the best out of the song. Where’s the light, where’s the shade, where’s the point where I can emphasise?

I recorded every song that I wrote onto cassettes so I can always refer back to them, as you do with video now. When I play I also drag out all of these songs I wrote 30 years ago and they pass the old grey whistle test! People hum and whistle to some of my songs. In 2009 in Whitby I met up – again – with a folk musician from Scotswood, Tom McConville. We had lived in a house together in the mid 70’s and played as a duo. We got on really well and a year ago we got up and played as a duo.

It’s a shame that there’s not as many folk clubs as there used to be. Sunderland had a few, Newcastle about four, it’s a contracted scene now’.

What does music mean to you ? ‘I think any musician might say, “I feel as if I’ve lived three lives. The places I’ve been, the things that I’ve done and the things I’ve experienced.” It was like opening a door to the world – I’ve travelled, met good and bad people.

Coming back to the folk scene I’m flattered that people remember me. There’s still some fantastic people who put you up, give you meals, drive you places…just the most incredible thing ever….really….that’s music’.

Interview by Gary Alikiv May 2018.