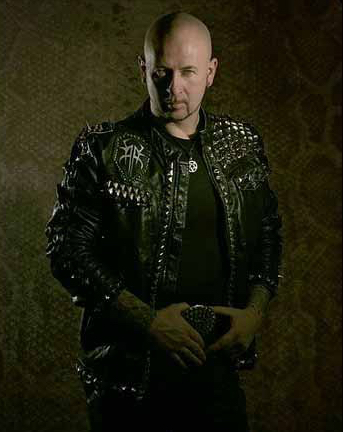 Over the past year I have interviewed a few bands who take no prisoners when it comes to sheer power. If ya want to hear good ol’ bone crunching, face ripping, spleen removing, 100% metal. Def Con One are the go to band.

Check out the videos on You Tube for their tracks 10 Bullets, Warface, Brute Force & Ignorance – you can’t miss ‘em they look like extras from Sons of Anarchy with muscles, tatt’s and shaven heads. Drummer Antton Lant looks back to where it started… ‘With my older brothers being in bands I’ve always been around music. I got an SG guitar one Christmas and used to jump around in my bedroom pretending I was playing Wembley Stadium haha.

Back in the day I was massively into bands like AC/DC, Kiss and Van Halen. I loved the imagery of American bands Twisted Sister and Motley Crue which played heavily on my first band Slutt. Then I heard a band called Pantera and after that it all got much heavier’.

When did you start playing gigs and what venues did you play ?  ‘In my first band Slutt I started playing in South Shields pubs and clubs. We then got to tour Poland playing huge stadiums – 20,000 a night. Later we toured the UK playing mainly rock clubs. After Slutt called it a day in late ’91 I put a band together called Ezee but that fizzled out and I just kind of lost interest in playing but I was still writing.

I was finding it hard to find a drummer who would play the stuff I wanted to play. My oldest brother is a drummer and he let me play on his kit and showed me some stuff which I liked so I swapped him my Steve Vai guitar for his kit. I then started looking for a band that needed a drummer so I could get some experience playing drums. I found some guys called Deadline, they didn’t really have a name set in stone and ended up being called Sanitys Edge. That was more metal in the vein of Megadeth, Maiden, that kinda stuff.

I wanted to go heavier so formed Def-Con-One. Then I was asked to help out black metal legends Venom in the studio and ended up being the drummer for 10 year. We headlined some of the biggest festivals across Europe and played various tours. I got to play on three albums. Obviously having my name linked to Venom helped me a lot with Def-Con-One. Our record companies were big Venom fans.

I was also playing in another band full off ex Venom members called M-pire of Evil. This put me in touch with the record companies – contacts I wouldn’t of got without the Venom link. Over the years I managed to achieve a lot for Def-Con-One. But it was hard, you had to put the work in’. 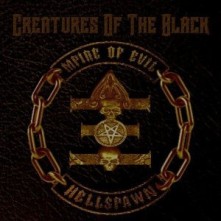 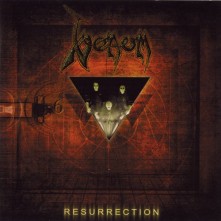 What were your experiences of recording ? ‘Recordings were great fun. Loved it in a studio compared to recording in your bedroom. Venom got to record in some huge studios. I made one album with Slutt, three albums with Venom – Resurrection, Metal Black and Hell. Two with M-Pire of Evil – Creatures of the Black and Hell to the Holy and two with Def-Con-One – Warface and 2.

First album with Venom was Resurrection. We flew into Hamburg, Germany and  lived in the studio it was crazy. The studio had a kitchen, showers, sauna, tv room the lot. It was awesome. Charlie the producer hired me a Pearl masters kit with different size bass drums which he loved to record. We followed Motorhead into that studio and he played us some tracks he had just recorded. It sounded massive.

He was a real task master though. He had me play the songs through quite a lot of times so he could pick what he felt was the best performance. It was great fun. Wen I recorded Metal Black we were in the Town House Studios in London, in the same studio that Queen recorded all their classic albums. So that was awesome too’. 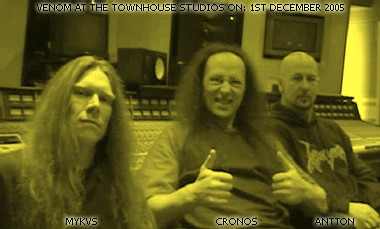 Have you any stories from playing gigs ?  ‘Wow too many too tell and most you couldn’t publish haha. But here’s one. We played Hammerfest a few years back and the food that the bands get is ok. A band I know, Cradle of Filth were headlining, so backstage I made my way over to them. We’re sitting on their bus chatting and their vocalist Dani asked what the food was like. I told him and he said they don’t eat that, they had tokens for the restaurant. That sounded better. Next thing Dani askes their tour manager to hook me up and I was able to get the Def-Con-One lads big steaks and all the trimmings’. 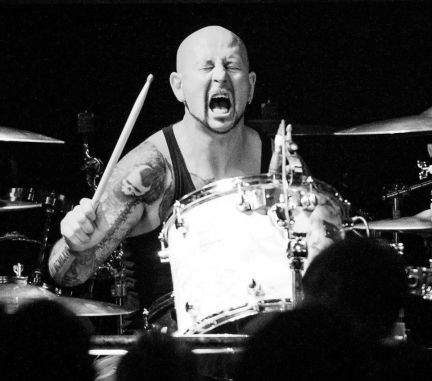 What have you got in the pipeline for Def-Con-One ? ‘I helped out a few tribute bands last year which was fun. There was Ozzy, Twisted Sister and an AC/DC tribute. All really great guys, good fun and enjoyed it. In the Def-Con-One camp we have been really busy sorting out a few things and will be back gigging soon. We are actually recording at the minute. The band have got a few festivals booked but that’s very hush hush till they reveal the whole line up and announce it formally’.

Interview by Gary Alikivi May 2018.