Roksnaps are fan photographs which captured the atmosphere of concerts on Tyneside during the late 70’s and early 80’s.

It was a time when rock and metal bands ruled the city halls up and down the country. On Tyneside we had the main venues of Mecca in Sunderland, The Mayfair and City Hall in Newcastle.

The gigs were packed with tribes of mostly young lads from towns across the North East. T-shirts, programmes and autographs were hunted down to collect as a souvenir – and some people took photographs on the night. 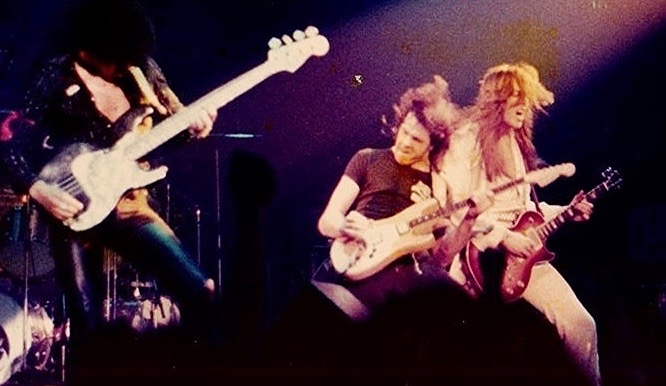 ‘The pics I’ve managed to dig out here are scanned from my original prints as the negatives went walkabout many moons ago. Here’s what you’ve got. Whitesnake – Trouble and the Lovehunter tour. Thin Lizzy – Black Rose tour, Motorhead – Overkill and Bomber tour (I think). Enjoy.’ 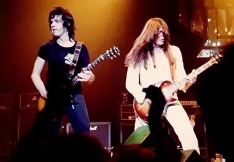 ‘I went to my first gig in 1975. Status Quo’s On The Level tour. What a night. Back then when a band like that played, the first few rows of seats would be ripped up immediately the band came on.

Along with Glasgow Apollo the City Hall and Mayfair were the best gigs in the country for touring bands.

If there was a band like AC/DC on at the Mayfair, you could be lifted off your feet by the crowd and pushed from side to side. You certainly had to know how to use your elbows.

The exhilaration when the lights suddenly went down, and a massive cheer would go up. Nothing like it.

At some point I realised we had an old Minolta SLR lying round the house that nobody was using. With only a rudimentary understanding of how to use it, I bought some film and took it to a gig. The Scorpions first Newcastle gig I think it was.

I remember, because the gig tickets were white and loads of people had photocopied a mates and applied a perf with a needle, including me. The staff on the doors never had time to properly check tickets back then, it was easy peasy. That happened more than once I have to say.

The photos were crap though. I had no flash and was wary of the staff taking the camera. Worse, I was on the balcony and didn’t have a great view. No idea what happened to those shots. Just as well. I was luckier from then on’. 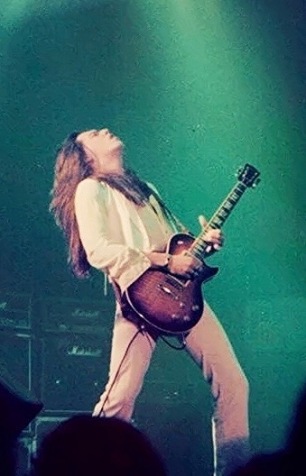 ‘Next time it was the Whitesnake first tour to promote Trouble which had just been released. Better seats meant better pics. A few times I queued overnight for tickets and got great seats.

One time in a blizzard for Rush’s Hemispheres tour. The weather was so bad it made the local TV news. I just remember waking up under a foot of snow.

Queuing overnight wasn’t always a good idea though. One time me and a mate got the last bus from Blyth to Newcastle to queue for Rainbow tickets only to find a sign on the doors saying ‘Rainbow tickets will not be on sale’.

Unfortunately, the last bus home had gone, and we couldn’t afford a taxi. We kipped in a doorway of the Civic Centre and got the first bus in the morning. Wouldn’t swap those days for anything though. Happy days indeed.

The list of great bands we saw is hard to believe these days. Tell some young kid that you saw AC/DC or UFO at the Mayfair and their mouths drop open. We were blessed for sure’. 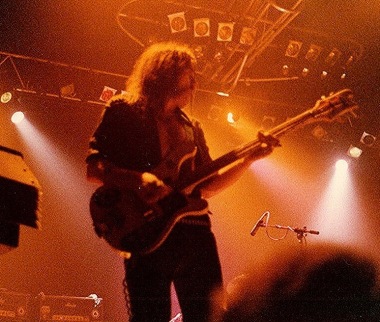 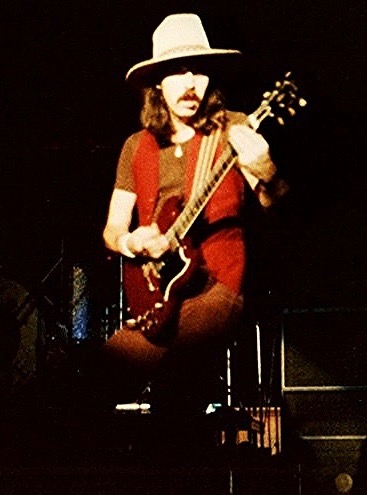 When Heavy Metal Hit the Accelerator 6th May 2017.