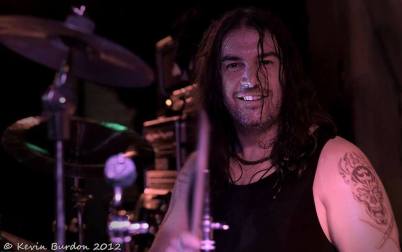 Who were your influences in music ?  ‘I was inspired in my early years by classical and jazz, in particular big band jazz including Cuban big band musicians like Stan Kenton, also Louis Bellson, The Buddy Rich Big band and Billy Cobham. My main focus was on Emerson Lake and Palmer, The Nice, Rush, Queen and Heavy Metal bands like Metallica, Iron Maiden and Slayer. I was also really fascinated by Liberty Devitto (Billy Joels drummer)’.

How did you get interested in playing music ?  ‘I guess, just listening to the sheer power behind Carl Palmers playing. Then late one night on TV I watched Jazz at the Philharmonic and saw Louis Bellsons drum solo. It just blew me away. Gob smacked and shaking. Also watching Liberty Devitto playing on Billy Joels concert from Leningrad was pretty special. The more I listened to Rush and The Proffessor, made me really want to define what style I wanted to play as a rock drummer’.

When did you start playing gigs and what venues did you play ?  ‘I started playing around the age of 11 and played all throughout my teen years. But then joined the RAF at 17 and left the drum sticks behind. It was about 8 years later I met a couple of musicians on the base and we put a rock covers band together.

I came out of the RAF after 9 years in 2001 and began to focus on music again, playing with a few local blues musicians from the County Durham area and attending a few jams. Then I got the gig with The Force around 2002 replacing Franco Zuccaroli (Jack Bruce etc). I guess being asked to headline Newcastle City Hall with The Force was quite nerve racking and special.

We went on to play other huge crowds like the motorbike rally Storming the Castle. Although The Force played mainly local gigs, I decided to branch out and after parting from the band I put my own 3 piece Rush tribute together and more recently Deep Purple in Rock. At the same time I played with Iron Maiden tribute Maiden England’.

‘At this time I was asked if I wanted to audition for Blitzkreig – I jumped at the chance. After recording Back from Hell, a couple of world tours and 3 years later we parted ways. Last year (2017) I was asked to play a 55 minute set in Sao Paulo, Brazil with the brilliant NWOBHM band Tysondog which was surreal. I was picked up from the house, taken to Manchester airport and flown to Sao Paulo via New York. Done the gig. Then back via New York and Atlanta to Manchester before being dropped off at home. All within 4 days.

Leading up to this point I had already played on a couple of European tours with Blues Hall of Fame musicians Sweet Suzi and John Puglisi from Long Island in New York. I continue to play in New York with various musicians and I’m a regular visitor. God I even pick up the accent ha ha.

I’m now a regular session player in New York and jam regularly with some of Billy Joels past and present band members. That’s pretty defining so far right….ha ha’. 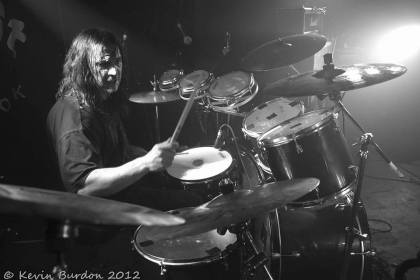 What are your experiences of recording/studio work ?  ‘This is an area, I actually don’t have a great deal of experience in. I’ve recorded a few albums with local musicians but you would have to say my main recordings to date are live shows and The Back from Hell studio album, with Blitzkrieg’.

Have you recorded any TV appearances or filmed any music videos ? ’Im sure there are lots of bootleg dvds of Blitzkrieg. I wouldn’t know where any of those copies were though, ahem…. haha. There is a documentary on You Tube following part of one of our tours’.

Have you any stories from playing gigs ? ’Far too many to mention, but it usually involves silly behaviour and alcohol. My most recent one involves arriving at JFK airport from Sao Paulo en route to Manchester. I had 5 hours, so I met up with a friend, who shall remain anonymous, who picked me up from the airport when I arrived at 08.30. I’d taken some minituare gins from the flight and something to smoke. It was great fun especially when her car runs out of gas on the outside lane of the southern state parkway, pushing it across 4 lanes baked was really funny.

My defining moment then after being rescued and going to a diner was thinking I was on a boat when we were nowhere near any water ! Anyway we parted ways and I continued my onwards travel bound for Atlanta, Georgia. Like I say I have plenty of great stories to tell, but we would need a few hours and a good bottle of Scotch to go on.’ 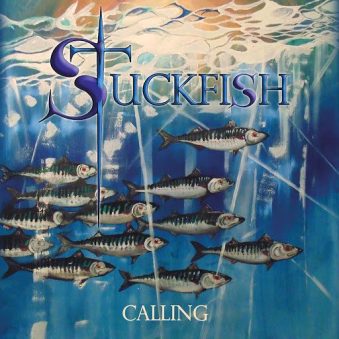 What are your future plans in music ? ’I’ll continue to play in New York around the UK, and Europe with some amzing musicians I’ve met there. However the big news is, I’ve just joined brand new Prog rock band Stuckfish who’s brand new album, Calling has just been released and has a great write up by Dave Ling of Classic Rock mag amongst others.

Calling features on the front cover of Prog Rock magazine next month (August 2018). The album is also at number two in an Australian rock chart. So watch this space for tour dates’.

Tysondog: Back for Another Bite 5th August 2017.