Burnley blues/rock band Cloverhill are a vehicle for the songwriting of Paul Laskey. He was keen to talk about recording and plans for the future, but first I asked him about crowdfunding…I think that it is a good thing but maybe tends to get a bit over used and puts people off. As long as you understand that there is no guaranteed return and you are doing it for the love of the music, then more power to it. The ability to maybe give a break to talented people and the right causes is a good thing. We would look at it under the right circumstances. 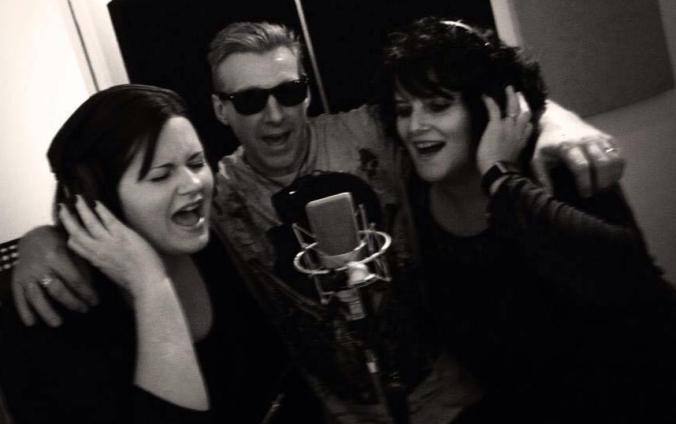 How did Cloverhill get together ? It started when I was playing at a festival in France where I met another musician playing on the bill, Grant Henderson. Grant is a drummer and producer with a studio in the Leeds area. We got on really well and I asked him if I could use his place to record some of the songs that I had written over the years – so that is how Cloverhill was born. We got in a bass player, Vince Rycheck, and a couple of ladies from bands that we knew to do backing vocals. I played all guitars and recorded lead vocals. Grant added drums, percussion and keyboards.

Were you pleased with the album ? The studio is our blank canvas – I love it. We go in with basic ideas and hopefully a fully fledged work of art comes out. It’s called 7 of One and 2 1/2 of the Other. Named after the settings on the old Fender amp that we used with one of my guitars, a 1980s Kramer. We wanted to get a kind of retro sound to underpin a lot of the album.

Due to funds and time available the album took a while to make, but was completed at the end of 2016 and released in 2017. It was mastered by Tony Dixon at Masterpiece in London, with the brief of  ‘as loud as **** please’.

Any gigs planned for Cloverhill ? The plan was to go live in 2018 as 3 piece with stripped down versions of the songs but, unfortunately, the bass player pulled out at the last minute. He was unable to commit to gigging for a variety of reasons. That threw us up in the air a bit and it took us a long time to find a replacement but we now have one. Marcio Couto, a fantastically talented and funky bass player originally from Brazil, but now living close to me in the North West.

With his introduction we are now on the second round of recording for the new album, which is generally taking us in a more funk/blues Southern Rock direction. It is a lot more stripped down and is probably reflective of a mixture of my real roots and where I am today.

When can we expect any new songs from the band ? A new single, Love You To Pieces will be out by March. Funnily enough, this is probably the most ‘pop’ song we have done and will probably be a bit of an oddity on the album but we felt it would make a good single.

What are the immediate plans for Cloverhill ? The plan is to go live during 2019 once we have all got some sessions out of the way. In the meantime, you can find Marcio and me jamming with friends at The Shift Cafe in Burnley.