During late 2015 I made a documentary about workingmen’s clubs on South Tyneside and most of the filming took place in the Royal British Legion Club in South Shields.

After initial research I approached Club Steward Pam Carrol about filming in the club ‘What will be your best time ? I’d like to film when there is some entertainment on’.

Expecting a Friday or Saturday night she returned with ‘No son, Monday is best. We’ve got a singer on and an afternoon bingo session. The club will be packed’. It was, and musician Alan Knights provided the entertainment. 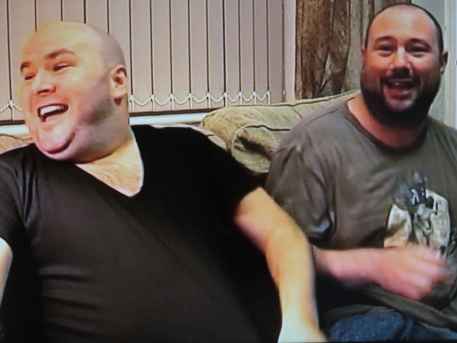 Included is a transcript of the interview with two of the contributors to the documentary, North East actor’s Wayne Miller and Iain Cunningham, both regulars on stage at The Customs House theatre, South Shields.

A couple of points (or pints) before the stories, filming had to be stopped a few times because I was laughing so hard and if you don’t speak Geordie it’s written in the Tyneside dialect.

Miller: We were part of a travelling pantomime company that did the clubs for 15 years.

Miller: Yeah, just young bairns from college drafted in to do touring panto that we thought was a one-year thing ended up being 15 years. It was a great training ground for us as actors.

Cunny: Really is where you learn your trade, where you don’t know what to expect. Was always fun to do. One thing I didn’t realise was how important it was to the people at the clubs you know the whole family day out sort of thing. They saved up and it was a big deal wasn’t it. The kid’s always got a selection box, the dad always got a beer.

Miller: Mam always got a Babycham.

Cunny: Ya know no expense spared.

Miller: Yeah, you are right it was that big, massive day out all the kid’s dressed up in their Christmas outfits and Santa of course. All the club’s provided a Santa to come out after the pantomime.

Which always reminds me of the story when the concert chairman came in, he was like ‘Lad’s, lad’s, we’ve got Santa comin’ in right, so if you tell us when the panto is ending, we’ll bring out Santa, kids are gonna love it, they’ll gae crackers’.

I said alright mate it generally runs for this length of time, we’ll defeat the villain then we’re gonna sing Reach for the Stars. If you listen for that then get Santa ready to come out.

Cunny: We’ll make a big deal of it, a massive thing so all the kid’s get very excited shouting yeah Santa.

Wayne: That was the plan.

Wayne: Lo’ and behold we defeated the villain and right boys, and girls were gonna sing Reach for the Stars now so if you’d like to get on yer feet and… where you goin’ where you goin’ !

Cunny: There was a jingle and right at the back there was Santa.

Miller: 400 kids’ just get up off the floor and run towards the back. We’re just singin’ Reach for the Stars in front of this only kid that’s scared of Santa and is cryin’ his eyeball’s out.

Miller: Yeah, they knew it was comin’. Santa’s on his way. But come Boxing Day it was like chalk n cheese.

Cunny: Nobody wanted to be there. Including us. To be fair me and Miller had to go on and whip the crowd up to a frenzy, get them joining in.

Remember doing one club in Gateshead and I came running on first, the music started I shouted Hiya gang. I looked out and the kids were (looking down) just playing with the new toy they had brought. 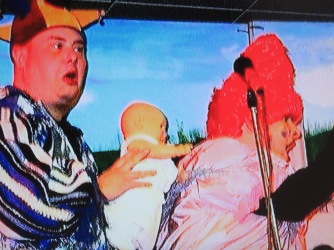 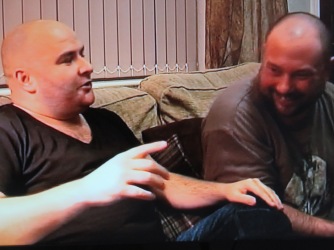 Miller: There’s the drumkit ower there.

Miller: So, do you think yer’d get yer set on there ?

Cunny: Most of the time we couldn’t. We’d have to scale it down to one bit of scenery and a cloth. And the dressing rooms. Every dressing room ya’ can garantee some turn would have written a note on the wall.

Miller: Turn back lads. Unplug yer gear. Get in the van and get yersel away.

On the demise of the workingmen’s clubs…

Miller: It is quite sad, and people aren’t goin’ in and learning their craft. Like group’s, singer’s, acoustic act’s, stand-up comedians.

Cunny: There is no better place to learn.

Miller: Comedy isn’t in the club’s anymore it’s going into the theatre’s, upstairs of pubs. You are seeing now comedians don’t know how to handle a crowd. That’s what the club give ya’.

Cunny: Yeah, they don’t know how to handle the drunk man hecklin’ them (laughs). 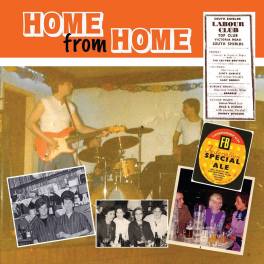