Roksnaps are photograph’s taken by fan’s which captured the atmosphere of concerts in the North East during the late ‘70s and early ‘80s. T-shirt’s, programmes and autographs were hunted down to collect as souvenir’s – and some people took photographs on the night.

Like many fans at the time, I liked to leave a gig with as many souvenirs as I could whether it be a T-shirt, scarf, badge, programme or poster. If very lucky, maybe a plectrum, drumstick or even a sweaty towel used by the band and thrown into the crowd.

If it was a band I was keen on I would sometimes record a gig, although this was greatly frowned upon at the time by record companies worried that the recording would appear on a bootleg LP and rob them of potential sales.

Cassette-recorders in the ‘70s were rather bulky and therefore trying to get into a venue with a huge bulge under your coat was no mean feat. I can’t describe the joy of leaving a venue knowing that you had the gig on tape which could then be relived in the privacy of your bedroom.

Even better was taking photos because no other pics from the gig would be identical to the ones you’d taken. 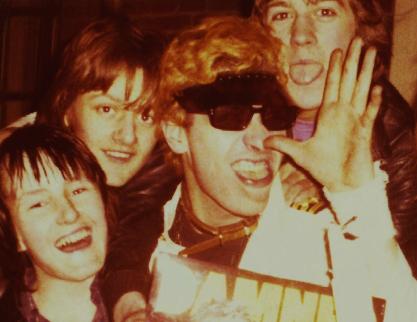 Captain Sensible of The Damned outside Newcastle City Hall in 1977.

The first camera I got was an instamatic and the first gig I took it to was T.Rex at Newcastle City Hall in ‘77. For reasons I can’t remember I didn’t take any photos of support band The Damned but straight after they left the stage I went outside and who walks past but none other than Captain Sensible.

I fumbled around in a desperate attempt to find my camera in hope of getting a few candid snaps of The Captain. Shoving my camera under his nose I asked him if it would be OK to take a few photos. ‘Of course’, he said with a big grin on his face.

As I was happily snapping away, hardly believing my luck as he was striking just about every pose known to man, in jumped a group of punks. One of them was carrying The Damned’s debut album.

I asked if there would be any chance of getting a few photos of the rest of the band. The Captain went in the stage door and a couple of minutes later appeared with vocalist Dave Vanian looking like he’d just walked off the set of the latest Hammer Horror film.

The next gig I took my camera to was the Stuff the Jubilee event at The Guildhall featuring The Adverts, Penetration, The Big G and an unknown band from Manchester called Warsaw. Regrettably, I was so excited watching the bands that I totally forgot to take any photos.

Warsaw, of course, were soon to change their name to Joy Division and did rather well for themselves. On that night they came across as a rather poor run-of-the-mill Punk band. So bad that somebody commented, ‘They’re so bad they’re good.‘

My brother had a better camera, a Zenith which he would sometimes let me borrow. Whereas with an instamatic camera it was basically sheer luck whether or not you got a good photo or just an abstract-looking blur, with an SLR (single lens reflex) you could focus, alter the aperture which was great when the stage lighting was poor and even zoom-in.

Taking photos at The Mayfair, Uni or Poly was easy as nobody was bothered but the City Hall had a strict ‘no photos’ policy. Some stewards were OK with it and would let you go to the front of the stage to get a few pics providing you were very quick. Loitering around the stage snapping away could get you dragged back to your seat or, even worse, thrown out. 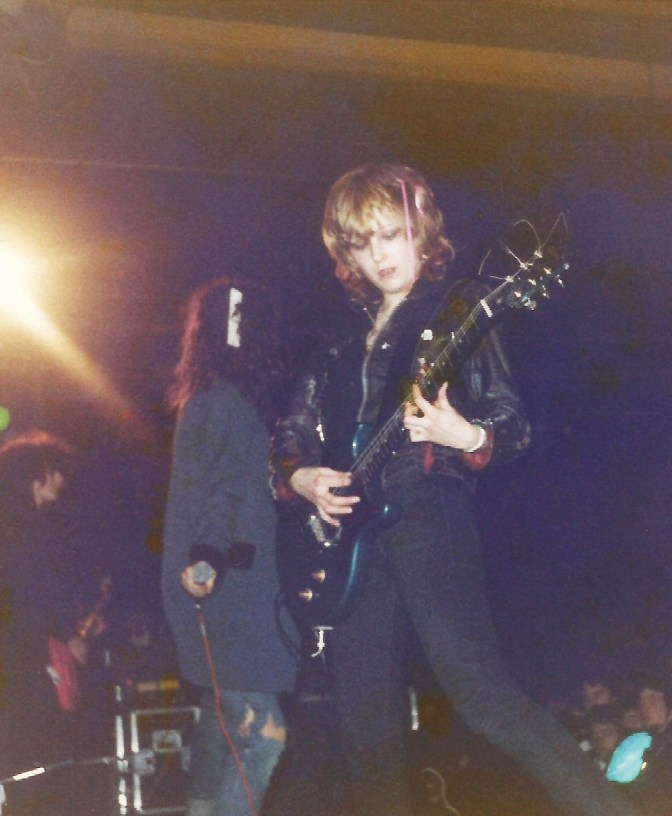 The advantage of many Punk gigs was that they took place at the Uni, Poly or in pubs which meant you could get really up-close. Several times I got disparaging looks from a member of a band: ‘Get that fuc*ing camera out of my face’.

Of course, there was always the risk of your camera being damaged in the frenzy of a Punk gig but it was always worth taking the chance.

Sometimes when I show the photos to kids who are into Punk nowadays, they’re amazed. It’s a bit like they’re seeing photos of the Second World War or something, ‘O my god you were actually there!‘

I guess it’s one thing seeing photos in a book, magazine or on a website but to actually handle the originals gives them some sort of connection to the past.

I’ve been offered considerable sums of money for some of the photos, but I wouldn’t sell any of them as I occasionally like to dig them out and reminisce about how great it was to be a teenager in the ‘70s. 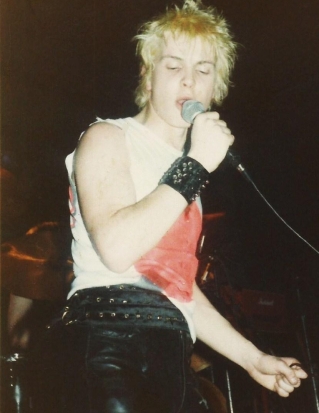