I’m standing at the bar in The Bridge Hotel in Newcastle waiting for poet and writer Keith Armstrong. If you imagine someone looking like the actor Bill Nighy, you’re not far wrong.

I took the train down to London with a mate of mine, it was 1977. We had third row tickets for the Rainbow Theatre to see Bob Marley and the Wailers.

We were frisked as we went in, everyone was, but through a heavy fog of ganja smoke we saw a fantastic show. He had such a presence on stage. It was pretty much the best concert I’ve been to in my life.

First time I travelled abroad was in 1966. I went with a friend, we took a Melody Maker trip to the Berlin Jazz Festival. Flew over there then got a coach past Checkpoint Charlie to the venue. It was afternoon gigs, avant garde stuff and the big jazz guys of the day like Miles Davis, Stan Getz and Sonny Rollins were on the bill.

We got back to London and walking down Carnaby Street we bumped into two of the Beach Boys who we went to see in concert that night at Hammersmith Odeon. 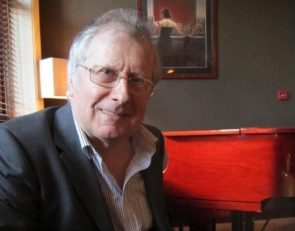 What is your background ?

I was born and bred in Newcastle and my father worked in the shipyards. Absolutely steeped in the tradition. School days were spent at Heaton Grammar and it taught me to be a rebel because I couldn’t stand the confinement of the place. Just being edgy, wanting things to change – haven’t lost it.

First job I ever had was at Newcastle University Library I got paid six pounds 14 shillings and threepence a week. I was always bookish at school, so libraries were good to get into. Plus, I was the only boy amongst 15 women librarians – I learnt a lot.

Gateshead College was another library I worked at in the early ‘70s. Within that I was developing an interest in the arts and arranged events with poets and theatre.

From 1980-86 I was a Community Arts worker in Peterlee, County Durham then went freelance as a writer. I was glad to escape the 9 to 5 into an alternative prison of freelance (laughs).

I was interested in people like Dylan Thomas, the rhythm of his poetry. Actors like Richard Harris, hell raisers like Oliver Reed – all good role models! Yeah, in my early days I loved the old bohemian lifestyle of reading poetry and getting tanked up (laughs).

Listening to The Beatles, Bob Dylan, they were all there and I wrote poetry but always felt that I wanted to make them song-like. That’s why I ended up working with Gary Miller and The Whisky Priests. (Featured on the blog March 23rd 2019). 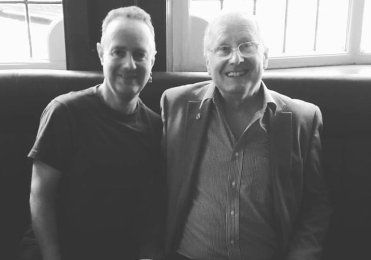 How did that come about ?

I was writing lyrics and I see very little difference in poetry to song lyrics. Around the early ‘90s I cottoned on to The Whisky Priests. I was looking for a band that had an edge, a bit of anger, you know a bit of an attitude. Also one steeped in the working class tradition of the North East.

So, I asked this guy Ross Forbes who was press officer at the NUM and he mentioned The Whisky Priests. I found they were playing at The Rose Tree in Durham. I went along and I knew this was what I was after, even I got up dancing (laughs).

It was really important for me and my poetry as it’s a different audience for what I write. And they weren’t playing in just the backroom of a Folk Club. They were taking it forward, for a younger audience. We also travelled a bit to Germany, Holland and Ireland.

I always admired the fact Gary could write songs and was quite prolific about it as seen on The Whisky Priests anthology box set. But yeah, I wrote some lyrics, they recorded Bleeding Sketches and it came out in 1995.

What does writing mean to you ?

When I do write it’s to express my emotions and follow my heart. That’s why I like Gary Miller because he is like that. We worked on a project together called The Mad Martins. They were three brothers one of which has his paintings in the Laing Art Gallery in Newcastle.

I researched the story and asked Gary to write some stuff for it, that’s how it kicked off. It’s a special story that we put out on a triple CD. But writing, I couldn’t live without it.

What you working on now ?

Well, I’m just forcing myself to write at the minute. Emotionally I’m a bit sapped with things going on around me you know, personal stuff.

There are plans to go out to Tuebingen near Stuttgart with Northumbrian piper Chris Ormston as part of a Cultural Exchange arranged with County Durham. That’ll be in July.

Originally, they sent me over there in ‘87 as Poet in Residence and I’ve been going back there ever since. Then in October it’s same again for Limerick over in Ireland, fell in love with the place and they keep inviting me back.

But I could still be reading my poetry to 10 people in the back room of a pub in Penrith. Why do it? I don’t know. But I’m keeping my options open (laughs).