In the week of the 50th anniversary of Newcastle United’s victory in the Fairs Cup, a 6-2 win on aggregate against Ujpest Dozsa in the final. Tyneside poet and lifelong supporter of the Magpies, Keith Armstrong, reflects on their journeys through Europe. 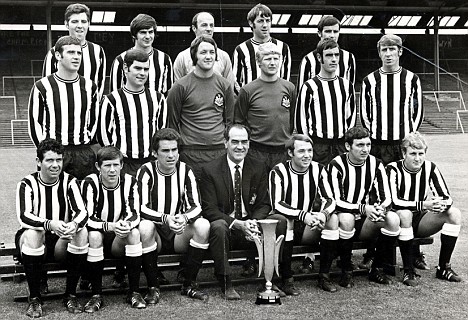 I hate to give away my age but my dad took me piggy-back to see Stanley Matthews play at St James’s Park in the days when peanuts were only a tanner a bag and the ground capacity was well over 60,000. Since then, I’ve followed the lads through thick and thin, usually thin, across Europe and back home.

It might surprise you, but United in Europe isn’t new you know. They toured Italy, Czechoslovakia, Hungary, and Austria, in 1929 – just after the last time they won the League, with the legendary top-scoring Hughie Gallacher at number 9.

In Milan, full-back Tommy Lang had a nasty set of bite marks on his neck when he left the pitch and the club’s bus was hit with bottles and stones and the players had to barricade themselves in their hotel room. Not to worry, the team was guarded by the stalwart men of Mussolini’s blackshirts!

After an 8-1 defeat in Czechoslovakia, the lads were accused of not trying by the Czech officials and then it was off to Budapest for another ‘friendly’ where Gallacher was sent off after a punch-up and the locals spat and threw coins at him as he was escorted through the crowd by armed soldiers. The Hungarians accused Gallacher and the rest of the team of being ‘drunk and disorderly’ on the field and withheld the guaranteed fee. United left the country quickly.

A Football Association enquiry exonerated the team after Gallacher had explained that he and some of his teammates had been so thirsty in the heat that they ‘rinsed their mouths out with a drop of Scotch’. The Hungarians spotted them passing the bottle round and jumped to the surprising conclusion that the boys were on the piss! European sporting ambassadors, don’t you know! 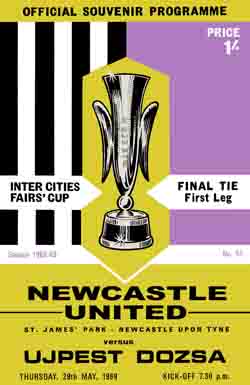 And, just so’s you really know how old I am, I have to say that I was ‘on the hoy’ as well in Hungary, with the Supporters’ Club back in 1969, belting out the ‘Blaydon Races’ on Budapest High Street when we last won a major trophy, the Inter-Cities Fairs Cup.

It never seemed to be part of a plan to win then, they just stumbled into the Final, and, with Wyn ‘The Leap’ Davies nodding the ball down to Bryan ‘Pop’ Robson, and no real midfield to speak of, we had those continentals, used to playing the ball on the ground (the mad fools!), completely baffled when faced with our Geordie ‘laeng baell’ game. A one-off but the toon went crazy when the lads came back with that Fairs Cup.

It worries me a bit just how crazy the toon will gan should we ever bring another bit of silverware home – not that that’s likely, let’s be honest, a trophy is never on the packing list, if you’re following Newcastle United. 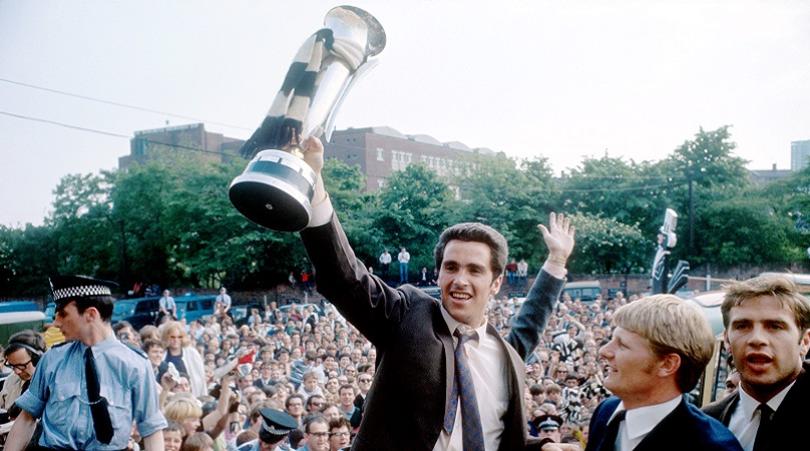 Captain Bobby Moncur with the cup in Newcastle.

Tyneside poet Keith Armstrong was born in Newcastle. He has travelled throughout Europe to read his poetry and is widely published and broadcast. He is available for events and functions.