If yer lookin’ for a Christmas present to buy why not take a butchers at these goodies that have appeared on the blog this year. 2019 has seen nearly 100 musicians interviewed and also featured authors and artists….

On ‘Live & Acoustic’, Blues Siren Emma Wilson sings 4 favourites from her live set plus her original blues break up song ‘Wish Her Well’. With guitar accompaniment from Al Harrington, Emma’s raw and dynamic vocals shine through ‘I used to sing sweeter soul style but learned and developed a big voice. It was get big or get off’.

Gary Miller from folk rockers The Whisky Priests….‘Leaving school in the mid-80’s, being in a band meant having a voice and a sense of hope and purpose during the dark era of Thatcherism. So, The Whisky Priests kind of evolved out of that and initially became a vehicle for expressing all my frustrations and passion at that time’. Get yer copy of Whisky Priests – ‘Bloody Well Everything’ 12-disc CD Box Set contact: https://whiskypriests.bandcamp.com/merch/chistmas-2019-offer-bloody-well-everything-limited-edition-box-set-only-300-numbered-copies-free-tour-t-shirt 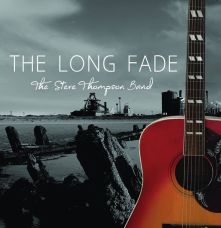 The Steve Thompson band recorded an album earlier this year…’The Long Fade really is my life’s work. After 50 years of being a backroom boy writing songs for other people I finally recorded them in my own name with a fantastic group of musicians and singers. Making the album was a fantastic adventure with lots of laughs with old friends’. You can download and stream links at http://www.thelongfade.xyx