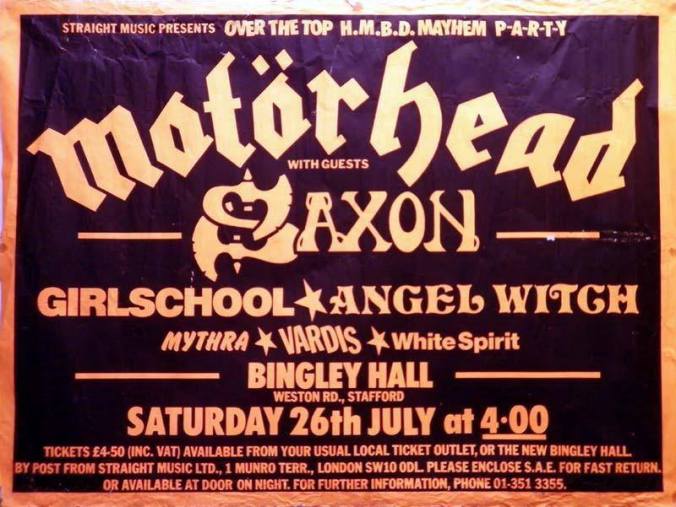 The late ‘70s saw Vardis slogging around the Northern workingmen’s club circuit – vital experience for what was to come. In 1980 they released a live album ‘100mph’ and embarked on a brutal touring schedule. Starting on a hot summer day at the Heavy Metal Barndance held in Stafford’s Bingley Hall with Motorhead, Saxon, Girlschool, Angel Witch and South Shields metal band Mythra, this was the high point for the New Wave Of British Heavy Metal – What did you think of that time ? Very pleased and proud to be part of the scene, however we are just a rock n roll band really. We played hundreds of clubs and UK gigs travelling around in a van. We also played with many different bands over the years, like Hawkwind and Slade. 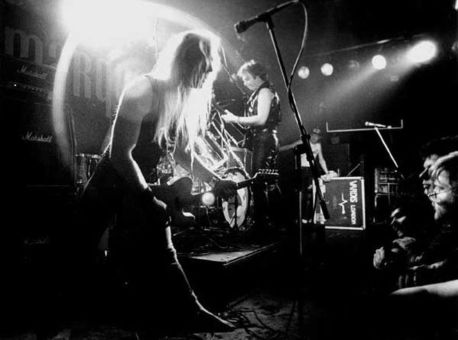 1981 was a year of momentum with total commitment from the band, they recorded and toured their first studio album ‘The Worlds Insane’, then got a call from BBC radio DJ Tommy Vance inviting them to record a session on the Friday Rock Show, they were regulars in the Heavy Metal singles charts and in August saw them opening the legendary Heavy Metal Holocaust festival held at Port Vale football ground. 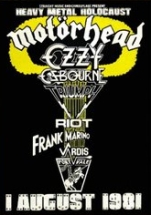 I have great memories of all the bands who played, Riot, Triumph, Frank Marino, Ozzy and Motorhead. What are your memories of the day ? I remember that it was a very hot day. We opened the show and it seemed to pass in a few seconds. The crowd enjoyed it and so did we. Afterwards I said hello and had a brief chat with most of the others on the bill, however I had met most of them before at other events or in studios.

Did you hit the road in Europe and have you a following in any country ? Recently we’ve played in most EU countries, and gigged there during the 80’s. We also had releases in Japan but never visited. We still get fan mail from all over the world.

Did you have a manager and how did you get on with the record company ? Yes we had a few managers and they all took too much, too soon. They all let us down in the end and that’s the main reason why I walked away from the business for 30 years.

The early ‘80s saw a vicious two year court battle where Steve finally won back the rights to his songs, and in ’86 released the album ‘Vigilante’. It all went silent for nearly three decades until in 2014 the album was re-released on Hoplite Records and a headlining slot at Brofest and festival dates in England and Germany had the band back on form. They also played an emotional show in Wakefield, Northern England were it all began.

Have you had any magic moments on stage when everything went right ? We always strive to make every show the best so our last one we do is always the most magic. Every show is special to us and we are always improving on what we do.

What have Vardis planned for 2020? We have just recorded a new live album at the 100 Club in London and hope to get it out later in the year.