For the past 10 years I’ve set myself a documentary project capturing the changing face of South Shields. Included are a small selection of the photographs.

This is Harton Quay next to the river Tyne, the ferry landing, the BT building and The Customs House theatre & arts venue. It’s also next to The Word and the Market, two area’s that have benefited from the 365 Town Centre Vision regeneration. Following posts will feature other area’s of the town. 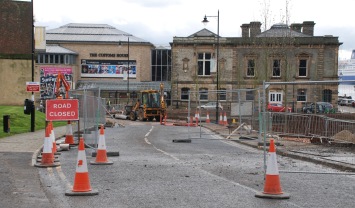 In 2013 South Tyneside Council proposed a very bold £100 million regeneration project for the town, and public consultations were held. Progress on different phases of the regeneration is ongoing as more developments are planned.

So far the council have delivered – Hello Tomorrow is not just a slogan on the posters.