In 1936, International Brigades, including more than 100 men and women from the North East, travelled to Spain to fight against General Franco, who had rebelled against the newly-elected democratic government. Many countries saw that a Franco victory would strengthen fascism in Europe, and threaten another world war. 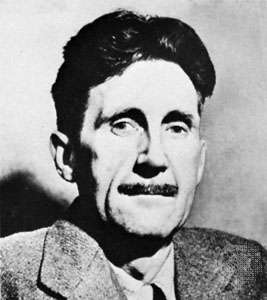 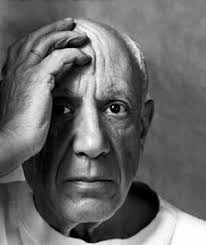 ‘Holes in your head today, But I’m a pacifist, I’ve walked La Ramblas but not with real intent’….

sang the The Manic Street Preachers on ‘If You Tolerate This, Your Children Will Be Next’ and before that ‘Spanish Bombs’ by The Clash… ’Bullet holes in the cemetery walls. The freedom fighters died upon the hill. They sang the red flag. They wore the black one’.

Author, George Orwell wrote a personal account of his experiences of the war in his book Homage to Catalonia….‘In Barcelona there was a peculiar evil feeling in the air – an atmosphere of suspicion, fear, uncertainty, and veiled hatred’.

Orwell had originally gone to Spain to write some newspaper articles, but joined the militia…. ‘Almost immediately, because in that atmosphere it seemed the only conceivable thing to do. Practically every building had been seized by the workers and was draped with red and black flags of the Anarchists: every wall had been scrawled with the hammer and sickle and with initials of revolutionary parties’.

Spanish artist Pablo Picasso created one of the most powerful images of war and destruction, after seeing the city of Guernica bombed by Nazi Germany at the request of Franco’s Nationalists.

To find out more about the North East connection I contacted Stockton based Tony Fox from the International Brigades Memorial Trust.

He passed on a list of North East names held in the International Brigade Archive in London and Moscow. He also talked about various memorials to honour the men…

‘On the Newcastle memorial there is a list of 35 men who died, 10 who died on the Teesside memorial, and I am writing about 8 volunteers from Stockton, 3 were killed’.

A selection of names from the archives included South Shields men John Palzeard who died in 1937 at Jarama, and Stephen Codling who died on 31st March 1938 in Calacette. There is no dates yet for brothers Edward and William Tattam from Whitburn and for Harry Reynolds in Wallsend.

A number of deaths occurred during 1937, Robert Coutts, from North Shields died in Las Rozas. From Sunderland, Thomas Dolan and Edgar Wilkinson died at Jarama. Ernest Lower, died by drowning in SS City of Barcelona and Robert Mackie, died at Brunete.

From Gateshead, John Ferguson, Frank Keery, Alfred Lichfield, William Young and Harry Smith all died at the Battle of Jarama.

‘The opening of the Moscow files brought a change, up until very recently the focus was on those who fell. As far as we know, our Stockton memorial will be the first to name all the men from a geographical area who volunteered’. 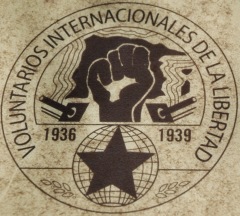 In 2016, Mike Kelly, journalist from Newcastle’s Chronicle, wrote about an information panel (pic. above) which was unveiled in the grounds of Newcastle Civic Centre featuring names of 35 men who were killed in action.

Sadly Franco wasn’t stopped and remained in power until his death in 1975. The Spanish Civil War ended on 1st April 1939, by 1st September Hitler’s Nazi Germany had invaded Poland and the world was plunged into another war.

One that would last six years and claim millions of lives, resulting in a new cold war between the emerging superpowers of the USA and the Soviet Union.

If you have any information about the North East men and women who fought for the International Brigades please get in touch.