First time I came across Raven was around 1980/81 when I saw them playing live on TV through the window of a Chinese take away.

I went in to see if the old woman knew who they were. She popped up from behind the counter and fired back screaming above the music ‘They very loud. They Raven’.

40 year later the Chinese take away isn’t there now, but our Chief Head bangers are still hard at it in the mix. 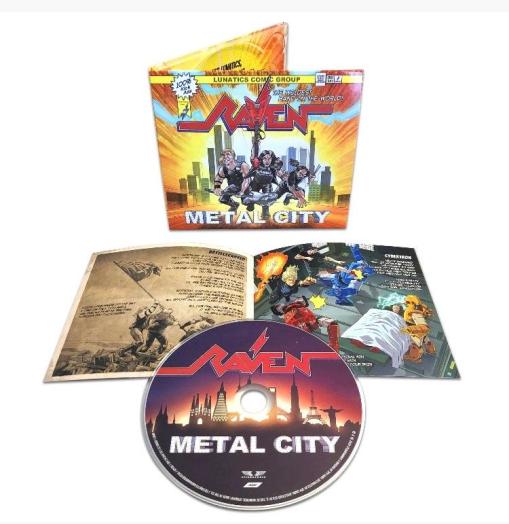 I got in touch with John Gallagher (bass/vocals) and asked him what can we expect from the new album ?

The album is a quantum leap forward for us with a brace of killer new songs linking that ‘Wiped Out’ energy and feel to a 21st Century state of the art production.

It’s the first studio album that our new drummer Mike Heller has played on and he’s just off the charts on this!

You sound very pleased with the results…

Yeah, the songs and playing are a definite step up – we really raised our game and are extremely pleased with how it’s turned out. The new album will be released on September 18th. We’ll also have a single out very shortly too.

Have you any live plans going forward ?

If all goes well we are looking at Euro dates in February 2021.

No holding back then ? Can’t wait!