THE DAY I WAS AWARDED THE VICTORIA CROSS

The Victoria Cross is the highest and most prestigious award for courage in the face of the enemy, that can be awarded to British and Commonwealth forces.

In a series about Tyneside recipients of the VC, this story features Joseph Collin who was born in Jarrow, North East England on 11th April 1893.

My father Joseph was a rail worker, and my mother was called Mary. I lived at 12 Drury Street and was baptised at St Bede’s Church in Jarrow before I went to St Patrick’s School in Harraby, Carlisle.

I  won prizes for running, I also loved playing football. Then I got a job in Leeds at the clothiers Hepworth & Son.

It was 1915 when I enlisted with the Argyll and Sutherland Highlanders as a Private. I must have done good because during training they promoted me to Sergeant. Then in 1916, we went to France and fought in the Battle of the Somme.

I took more training and returned to France in 1917 and served as a Second Lieutenant with the King’s Own Royal Lancaster Regiment.

We went to the front line at Givenchy. The Germans were pressing us hard with bombs and machine-gun fire. They were really close.

We had to withdraw because we only had five men remaining, but still fought for every inch of ground. Then I went out and attacked their machine gun, firing my revolver first then threw a grenade putting the gun out of action. I killed four of their team and wounded two others. I saw another machine gun firing, so I took a gun and found a high vantage point, and kept them at bay until they wounded me. 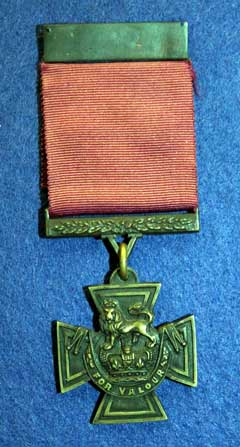 Joseph died soon after from his injuries and was buried in Vielle-Chapelle Military Cemetery, Lacouture, France. His parents were presented with the Victoria Cross for Joseph’s bravery, devotion to duty and self-sacrifice.

In 1956 the medal was presented to the King’s Own Royal Lancaster Regimental Museum where it is displayed. In the chapel is a plaque which commemorates Joseph, and each year schools in Carlisle compete for the ‘Collin Shield’, a trophy for a 1 mile race presented in his memory by his family.

In 2008 a commemorative plaque was unveiled at South Shields Town Hall and in 2014 Carlisle City Council displayed a blue plaque commemorating Josephs heroic gallantry at the Battle of Givenchy. A memorial stone to honour the memory of World War One hero Joseph was laid in 2018 at Joseph Collin House in Jarrow.