Mysteries of the world are fascinating subjects and we rely on scientists, archaeologists and storytellers to bring them out of the dark. Finding a mystery closer to home can add more interest.

This was the case for former South Shields resident Dan Green. Dan is a British author, broadcaster, researcher and writer, he recently got in touch and told me some interesting stories that he researched when living in the town. 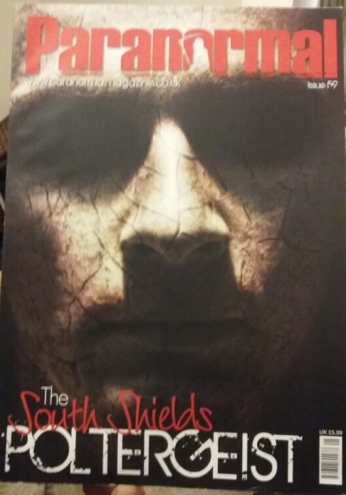 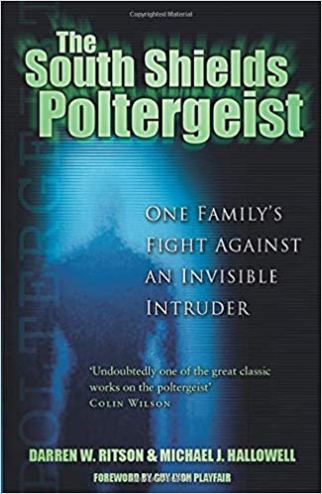 Until 2013 when it went out of publication, I was a writer for the well-known monthly national magazine ‘Paranormal’. Issue 63 bore the cover ‘The South Shields Poltergeist’, a bizarre candidate for this country’s most well witnessed and intensely frightening case on record, if true.

It was the horror encountered by a young couple and their 3 year old son whilst living in a terraced house in the town during the winter of 2005. A saga that was to last for one full year before the poltergeist phenomena, as it usually does, left just as mysteriously as it had arrived.

It left a steadily escalating trail of terror the sort of stuff Hollywood movies are made of – objects balanced at angles defying logic and gravity, macabre threatening messages left on paper and the child’s Etch-A-Sketch, even text messages and emails on a mobile that couldn’t be traced back to any source. There were all forms of attack leveled at the family.

Before skeptics cry ‘Hoax!’ the phenomena was witnessed by a number of people on different occasions and thoroughly researched by local paranormal investigators Darren Ritson and Mike Hallowell. Darren himself on one occasion witnessing the ‘large black shadow’ responsible.

The full account of the twelve month assault can be found in their book ‘The South Shields Poltergeist’. Was this caused by a disturbed unconscious mind of a young child, or some controlling intelligence? Who can say for sure.

Unfortunately we will never know the true identities of the family involved or the address of the property, as all such details were changed to preserve anonymity and perhaps sanity. Who would want to knowingly live in, or even next door, to a house that may well have once housed what remains the most frightening paranormal manifestation of poltergeist in the UK.

For further information about the work of Dan Green contact www.dangreencodex.co.uk/