As I was sorting out some books this picture card fell out of one of them. It’s something I picked up at Shields Market a few year ago. I’m not sure who the sitter is but the photo was taken by the Downey brothers, William and Daniel, who along with older brother James, had studios in the North East then moved to London.

Commercial photography was in it’s infancy when the brothers were taking pictures of royalty and personalities like Oscar Wilde.

Looking back to photographers in South Shields if it was a competition I couldn’t call it, they have different qualities. There was James Cleet with his housing clearance pictures during the 1930’s, and reported to be a bit of a showman in his mac and bowler hat, especially at Tyneside ship launches he would signify when he was finished by making a large sweep of his bowler hat and take a deep bow in front of the crowds.

Amy Flagg’s unforgettable Second World War images of a scarred town after the German bombs hit, then in her own darkroom printing photographs of devastating images of a town she loved, important pictures that still have a huge impact today.

Records show the Downey brothers worked out of a studio in London, but before that were based in South Shields. William Downey was born in King Street, South Shields in 1829, with help from his older brother James and together with brother Daniel, they set up a photographic business in the Market Square in 1860.

The studio became successful resulting in branches opening across the North East in Blyth, Morpeth and old Eldon Square in Newcastle. 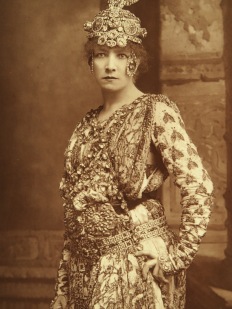 In 1862 Queen Victoria commissioned William Downey to take a series of photographs illustrating the Hartley Colliery disaster, near Blyth. Soon after William and his brother Daniel moved to London where they accepted commissions from dignitaries and aristocracy including the UK royal family, the Emperor of Russia and King of Norway.

The brothers also took pictures of show business personalities from their studio at 57 & 61 Ebury Street in Belgravia, while older brother James, as well as his grocery business, kept a studio open in South Shields.

Big brother James was a huge help to William and Daniel. He was a grocer and importer of German yeast, with premises in West Holborn in 1865. 10 year later he had two shops trading as a grocer and confectioner out of 17 & 19 Eldon Street.

By 1881 he had one shop for his grocery business and opened the other as a photography studio. There is a record of a Frederick Downey at 19 Eldon Street, I suspect that he was James’ son who carried on the family photography business.

Meanwhile in London, Daniel and William continued their work of royal sittings and portraits. Sadly, Daniel passed away in Bethnal Green in 1881 while William died in Kensington in 1915. His son, William Edward, kept on the family business, as did his son, Arthur. 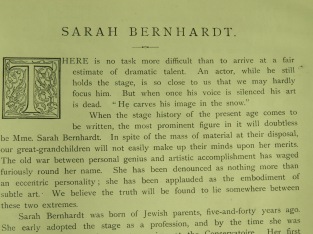 A lasting record of their work is an impressive set of 5 books called ‘The Cabinet Gallery’ printed by Cassell & Company of London, Paris and Melbourne in 1890. The volumes include 36 photographs each, plus a summary of the subject. Kings, Queens, Professors and actors all sat for a Downey portrait, the attention to detail made them stand out among other photographers and ensured customers would return. Their stamp is on the back of some pages.

Throughout the early 1900’s there is records for a Downey photography studio at 17 & 19 Eldon Street, but unfortunately by 1912 the trail goes cold. What happened to the Downeys in London and South Shields? Is there more to their story? If you have any information to add get in touch.